Is the Exodus Story in the Bible Fiction, or did it Really Happen?

For thousands of years Jewish people have celebrated the Passover, in rememberance of an ancient event where they believe that an “Angel of the Lord” passed over their homes, saving them from the destruction, but delivering death to their Egyptian task masters.

But did this really happen?  Were the Jews in Egypt in ancient times, as slaves, helping to build the structures of the 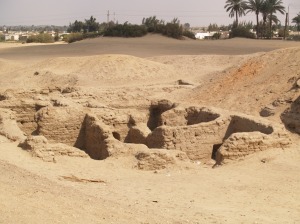 Egyptians between 1000 – 2000 BC?  What evidence is there that they were even there?  Is there any archaelogical evidence in the digs that have been done in the Nile delta region?

What evidence is there that there ever was a “Joseph” that was captured by a caravan, according to the Bible, and brought down to Egypt and sold in to slavery – only to eventually be promoted by Pharoah to become the 2nd most powerful person in Egypt.  If there a statue that remains of this “Joseph”, who supposedly wore the “coat of many colors”?

Watch “Patterns of Evidence” and Find Out!

Earlier in 2015 an amazing documentary was released entitled “Patterns of Evidence”. This film starts with an un-biased look at whether or not there is any evidence for the Exodus story as told in the Bible, and believed by both Christians and Jews for over 2000 years.

Amazing facts brought out in the documentary:

Scientists may have been looking at the wrong date for the Exodus!  Its been assumed by scientists for decades that the Exodus happened around 1250 BC.  But when a search for an Exodus event that happened around this time frame is conducted, there is little evidence to be found for such as event.

On the other hand, if one allows for the possibility that the Exodus happened 400 years earlier – around 1450 BC – then the evidence begins to show that yes indeed this amazing story could well be true!  The evidence is there, and it is astounding!

This Film is Worth Watching and Considering the Evidence for the Exodus!

The film describes numerous findings, including…

It also describes some existing artifacts and documents from Ancient Egypt which have been the subject of debate amongst experts for a number of years.[3][4][5]

The film is based on historical work by Pete Windahl from Mahoney Media and historian David Rohl, who worked for

more than 10 years to find archaeological evidence for the story of Exodus. It is based on the New Chronology developed by Rohl. Their evidence is arranged in chronological order, which they claim matches the biblical and Assyriology chronology.[6]

One significant argument presented in the film is that the current predominant analysis that asserts that the Exodus occurred around 1250 BC is incorrect. The film presents numerous pieces of evidence which claim that the era for the Exodus can be set at around 1450 BC, based on both biblical sources. The film presents numerous items of archaeological significance to offer corroboration for this hypothesis. This would place these events approximately around the era of the reign of Amenhotep II.

The last half hour featured a panel of non-experts in biblical or historical studies who attempted to evaluate the argument.  (Source:  Wikipedia)

Watch the trailer, and check out the film on NetFlix is you have it: