Are We in the End Times (or Last Days)?
.. If so, We Had Better be Prepared for His Soon Return!

Many have wondered – what are the signs of the end times? Are we living in the end times, or is this just something that people have always thought? How will we know if we are truly in the end times or not? What are the prophecies, or predicted signs, and are they being fulfilled?

HOW WILL WE KNOW if we are in the End Times?

In fact, it was this very question that the followers of Jesus asked Him:

In fact, there are many prophecies in the Bible that provide clear signs of the “end times”, “last days”, or “Day of the Lord”.  Apparently God did not want His creation to be ignorant of these things.  He wants us to realize that He is active in guiding history (His Story), and that all things will conclude as He has planned.  This article will discuss:

While it is true that the first century Church believed they were “living in the end times”, Paul the Apostle wrote letter to the Churches to inform them about certain “signs” that had to come to pass before the “last days” would appear.  This “end times” they understood to be the period of “Great Tribulation” spoke about by Daniel the prophet, and further described by Jesus (see below).  Paul didn’t want the early church to be mistaken about this, and as a result to quit work and begin doing nothing while awaiting the return of the Lord:

“Now brethren, concerning the coming of our Lord Jesus Christ, and our gathering together to Him, we ask you, not to be soon shaken in mind, either by spirit or by word or by letter, as if from us, as though the day of Christ had come. Let no man deceive you by any means; for that Day will not come unless the falling away comes first, and the man of sin is revealed, the son of perdition,…” – 2 Thess 2:3

In the above passage Paul is warning the church that deceivers will come and pose as church leaders, and will try to fool the church about “the end times”.  They will say it has already come, or promote other deceptions.  In these and the verses that follow Paul points  out that the “Day of the Lord” – that time of Great Tribulation that Jesus referred to (see below) – will not come unless 1) there is a great falling away from the faith, and 2) they see the “anti-Christ”, the “son of perdition” appear.  Although there are many other signs, these were two clear signs that mark the “Great Tribulation” or “Day” of the Lord – the last 7 year period prior to the Lord’s return.

Jesus Used the Term “Birth Pains” as an Indicator

Jesus did however give some pertinent insight into last days’ events. He indicated that there would be a prevalence of wars, that nation would rise up against nation, and that there would be famines, earthquakes, and pestilences in a variety of places. He indicated using the term ‘birth pains’ that as we near the end of civilization these ‘birth pains’ would increase in their frequency and in their intensity. (The Bible, Matthew 24:6-8, New International Version)

Should You be Watching for the End Times?  Yes!

“Watch therefore, for you do not know when the master of the house is coming – in the evening, at midnight, at the crowing of the rooster, or in the morning – Lest, coming suddenly, he find you sleeping.  And what I say to you, I say to all:  watch!”

In watching we will not be caught unaware.  Christians should occupy and fulfill His purpose for our life until He comes, always doing good and being a faithful witness for the Lord.  Those that do no know the Lord will see these signs as they come to pass, and although many will continue to deny Him, many will turn and accept Him as Lord.

A Brief Summary of Signs of the the End Times

Important signs that indicate that we may be living in the end times include the following:

See below for more details about how EACH  of these prophecies are now being fulfilled before our very eyes!
(Note – This is a Work in Progress! More to be Added!) 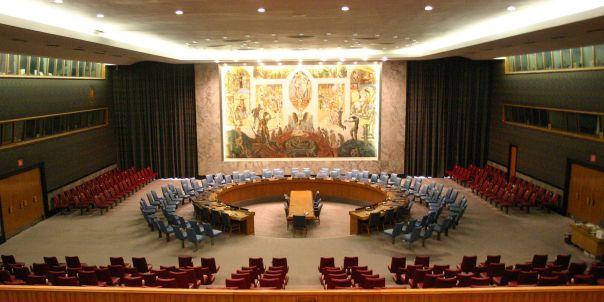 Signs Related to the Nation Israel: Its Rebirth, Gathering of Jews from Around the World

Signs of the End Times in Society: Lawless Abounding

Spiritual Signs of End Times: a great Falling Away, Persecution, the Gospel is Preached to All Nations

Signs in Technology and Communications 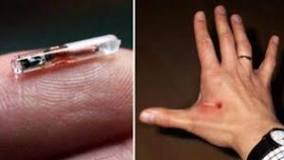 If We are in the End Times, Are You Ready?

Christians ought to behave as though the Lord could come at any time.  As it says, we ought to “redeem the time” because of the nature of these days.  This means letting His Spirit lead us in our daily walk, and doing as He commanded us each and every day – by loving Him, and loving our neighbor as our self.  Walking the talk.

For those that don’t know the Lord, the message of the Bible is that God loves you.  If you were the ONLY person alive, He would still have died to to pay the penalty for your sins and bring you back into a relationship with Him (remember the parable of the lost sheep, how that Jesus left the 99 to search and retrieve the one that was lost!).  He dearly wants you to know Him and have eternal life!

Do you have a personal relationship with the Lord who created you, loves you unconditionally, and wants you to walk with Him?  If you do, then you have everything to look forward to – in this life, and in the life to come!  You were made for a purpose, and receiving the Lord into your heart and walking daily with Him will help you come to realize His purpose in your life and fulfill it.

Don’t be caught unprepared in these approaching end times!  If you don’t know the Lord, here is a link to Billy Graham’s web site that can show you how you can accept the Lord into your heart, be born again, and begin a right relationship with Him…

Go to Steps to Peace with God ==> http://www.billygraham.org/SH_StepsToPeace.asp

The Observer, March 15, 2020; “KERNELS OF WISDOM: Plagues, prophets, and the plain truth” – https://www.pembrokeobserver.com/opinion/columnists/kernels-of-wisdom-plagues-prophets-and-the-plain-truth

3 thoughts on “Are We in the End Times?”