A hundred years ago things were much different. No massive telescopes existed that allow us to peer back into the dawn of time.

So, What Does This Have To Do With the Bible?

Among all the ancient peoples of the world, only the Hebrews wrote of a God outside of space and time, a transcendent all-powerful creator God. Other peoples believed in a magical, eternal universe that gave birth to gods.  Many confused the universe and the gods, attributing to the universe and nature god-lie characteristics (this sort of philosophy continues even today with new age thought and eastern mysticism).  In contrast, the Hebrews wrote of an eternal, transcendent creator outside of space and time who gave the universe its beginning.  This is precisely the world view science now confirms to us.

Evidence of Chance, or Intelligent Design?

Clearly we see that modern scientific evidence points to the fact that the universe did not always exist, but must have had a beginning.  The evidence also shows that a high degree of intelligent design and fine-tuning – not only with respect to the earth, the solar system, and our galaxy, but in the construction and maintenance of the universe itself.  However, some still insist that the design and fine-tuning we see in is a product of nature itself — and that such design does not necessarily require a Designer.  Is this a reasonable position?  Lets consider what some world renowned scientists have to say about chance vs. the delicate fine-tuning that the see in the world and universe around us:

According to scientists, it is impossible that the fine-tuning and delicate balance we see around us could be the product of nature itself, or of chance.  When you consider the many, purposeful choices that were made to bring this universe into existence, you begin to realize thatintelligent design is the only rational conclusion one can come to based on the latest scientific evidence.  Think about it.  All eternity has been anticipating these few moments you and I are now experiencing.  Indeed our lives are an incredibly rare gift!

The Bible Encourages Us To Look for Evidence of Design

The Bible – in both the Old and New Testaments – declares that we should expect to see evidence of God’s intelligent design all throughout nature.  Some passages to consider:

Based on the Evidence for Intelligent Design, What Can We Conclude?

Given that there is a tremendous amount of evidence for intelligent design in the universe, we can reasonably conclude …

Why Would a Creator Let Us Get Into Such a Mess?

You might say ‘well, if He made all this, why is the world in such a mess!’  Why is there evil in the world? The most important implication of an intelligently designed and tuned universe is that a perfect Designer would DO something about the problem of evil in our world.

So what might a super-intelligent, caring Creator do?  Certainly He would not make creatures that have no free wills of their own, so they would be without the ability to bring evil into His universe.  Such creatures would be no more than robots.  Without free will and choice love is impossible, and clearly the Creator God desired to have a relationship with a people that could return His love.  Love requires the possibility of rejection.

The Bible declares that God is just and must punish evil doers, but that He is also love.  He cannot tolerate sin, just turn His back on it.  Yet He loves His creation.  What might be God’s options, after His race of free-willed creatures broke the harmony of His universe?  He could …

None of these options show the forethought of a perfect, super-intelligent, caring Creator.  The Bible, the same book that gives us a true picture of God since ancient times, also gives us the one solution that show great care and forethought (though we might never have thought of it ourselves).

What did He do?  He became one of us and took the penalty for disobedience on our behalf.  He died in our place.  By doing so He showed both perfect justice and unbounded mercy.  By doing so, He gave those who wanted to be reconciled to Him the chance to be forever changed, to be eventually made into fit company for Him throughout eternity.  This was His plan “before time began” (1 Corinthians 2:7). 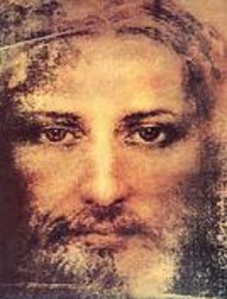 the universe be forfeited as a penalty?  And if He wanted to tell us how much He loves us, how could He do it more dramatically than by dying for us?  Consider John 3:16 …

“For God so loved the world
that He gave His only begotten Son, that
who so ever would believe in Him should
not perish, but have
everlasting life”.

Do you have a personal relationship with the Creator?  If you do, then you have everything to look forward to – in this life, and in the life to come.  You were made for a purpose, and receiving the Lord into your heart and walking daily with Him will help you come to realize His purpose in your life and fulfill it.  If you don’t have a relationship with your Creator, you can!  Don’t put it off! Here is a link to Billy Graham’s web site that can show you how…

Invite JESUS in!  Steps to Peace with God ==> http://www.billygraham.org/SH_StepsToPeace.asp

2 thoughts on “Evidence for Intelligent Design”